Wildharvested Sassafras Bark is used in spells to attract money and health. Carrying sassafras has traditionally been done to attract abundance or prevent illness. Sassafras is the original flavoring used in root beer and can be made into a delicious potion.

Caution: Sassafras should not be taken internally in large doses or used long term.

Keep a small packet of Wildharvested Sassafras Bark in your wallet to attract money.

Burn a mixture of Wildharvested Sassafras Bark, Alkanet and Sarsaparilla on a charcoal and then sprinkle the ashes on your property to invite abundance to your home.

Carry a red flannel bag with a pinch of Wildharvested Sassafras Bark, althea and peppermint to prevent illness.

(Sassafras can also be made into a tea and is generally safe to ingest in small quantities for most people but should in large doses or used long term – it is common sense to research any herb before ingesting.)

Be the first to review “Sassafras Bark – Wildharvested” Cancel reply 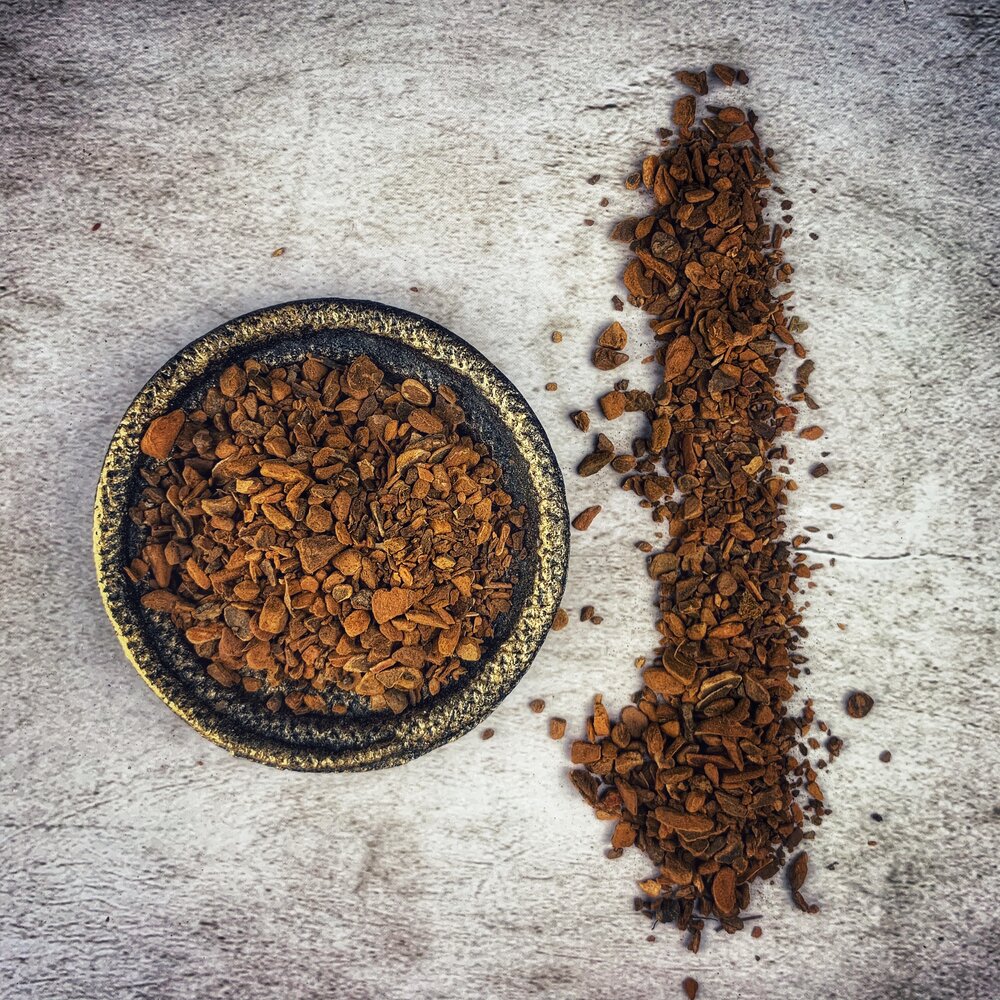